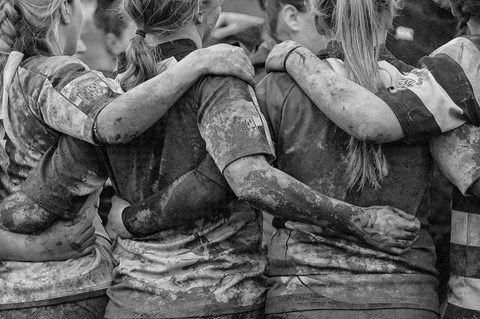 Some time ago Australian law firm business development advisor, Sue-Ella Prodonivich, wrote a very good article titled "5 reasons to stop cross selling". Essentially Sue-Ella pointed out why firms need to be very careful about how and why they cross sell their services and why it doesn't always work; for either a law firm or a client.

In most traditional BigLaw firms; especially those that have many areas of practice, partners' KPI's usually have some mention of cross selling (usually down the list after personal billable hours, supervised billings, introduced billings, blah, blah). Conceptually it is pretty easy to see what's in it for those law firms to cross sell their services; principally of course, additional revenue for the law firm.

"You use us for X services and you are happy with us so why not use us for Y services as well?", goes the pitch. One-stop-shopping for legal services all under the one roof.

How could a client resist? But of course, they often do.

Many clients give it a go but as Sue-Ella explains in her post:

"When you force introductions upon people and the other part of your firm can’t provide the same level of service and expertise you do, your relationship can become strained. And you’ll leave yourself vulnerable by association".

So sometimes partners don't even bother attempting to cross sell at all.

I remember several years ago a General Counsel explaining to me why they thought law firms pitches for using other services of their firm often fell short. They said something like this:

"The firms think that, simply because they do a good job for us in one area, by telling us or introducing us to other people in the firm in other areas, that will be enough to make us start using them in those areas. It's not. There has to be something in it for us. Sure if we were unhappy with our current providers in those areas we might listen or give them a go but if we are happy with our existing providers why would we change?"

Another GC told me that, for them, one of the benefits in using a firm for more than one area might be that the firm has more than the legal expertise they require; the firm might actually possess knowledge that they may not be able to get from other firms and sometimes "even from ourselves".

The GC said that this knowledge can be manifested in many forms, for instance:

"They know our systems, our processes, what we like, what we don't like, what is really important to us and what is not, what the politics of our place is, who makes the real decisions, where the dead bodies are buried. That knowledge is so valuable to us".

Regrettably however the GC went on to explain that often this knowledge was not possessed by the law firm per se but by one, or at best maybe two, individuals within the law firm and that it is rarely, if ever, communicated by one partner to another; even by a referrer partner to a referee partner. It is usually carried around in the head of those that have acquired it over time and not passed on.

This GC, along with others who have since told similar stories, say that worse still, it is often the client that has to either point out to the referee partner that the firm already has this knowledge or provide it to them once again. To quote one GC:

"They even charged me for communicating that knowledge to them when they have had it all the time".

While law firms rabbit on about cross selling, as we know there are often enormous inbuilt inhibitors to effective cross selling within many traditional firms.

Mostly it is because law firms, notwithstanding all the rhetoric, are not collaborative workplaces when it comes to the sharing of work and client knowledge.

I wrote about collaboration, or more correctly lack of collaboration, in law firms in 2013 in this post "Collaboration is key to future success in law firms". I was prompted after reflecting on my own experiences and after hearing then Assistant Professor of Business Administration in the Organisational Behaviour Unit Harvard Business School, Heidi Gardner present her research on “Collaboration: A Challenging but Strategic Imperative for Today’s Law Firms” at Georgetown Law School earlier that year.

Prof Gardner's research at the time concluded that professional firms which have more people collaborating together enjoy not only higher revenue and profit, they also experience higher employee and client satisfaction. Prof Gardner's research has been ongoing and she has written on this topic extensively, most notably in some Bloomberg posts; the latest one headed "Harvard Study Lays Out Keys to Collaboration among Lawyers" which is well worth a read.

I suggested in my 2013 post, and I still maintain, that firms that adhere to the traditional law firm business model of leveraging time x people x hourly rate are always going to struggle to really collaborate effectively. That is because that business model measures and rewards the wrong things. In short it measures and rewards the individual over the collective. It only serves to enforce the silo mentality that many law firm partnerships were built upon.

Clients are not silly. They know those firm partners who genuinely collaborate internally in their (the clients') best interest, and they are a wake up to those who try to engage in cross selling for their own (the law firms') self interest. They know this primarily through partner behaviour.